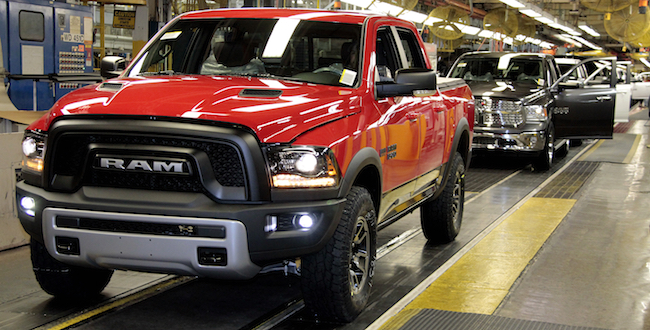 The four-year contract between Fiat-Chrysler Automobiles and the United Auto Workers reached earlier this week entails a wage increase for all employees under the two-tier pay system and $5.3 billion in North American investment, according to The Detroit News.

A source briefed on the matter who didn’t want to be named said the contract, which is yet to be ratified by union members, would move all of FCA’s car production to Mexico, with the more stable-selling pickups and crossovers being made in America. This would give more job security to UAW members, but could also cost FCA billions and entail downtime at the plants involved.

After the Dodge Dart is moved from FCA’s Belvidere plant, production of the Jeep Cherokee will move there in order to make way for the next-generation Wrangler at the Toledo, Ohio plant.

As far as wage increases go, entry-level employees under the second tier of the two-tier pay system will now max out at $25 an hour, compared to $19.28 previously. The higher-paid first tier workers, who currently make about $28 an hour, would receive a 3 percent wage under the first and third years of the four-year agreement.

Fiat Chrysler and UAW representatives declined to comment or provide further details on the tentative agreement when asked, The Detroit News said.