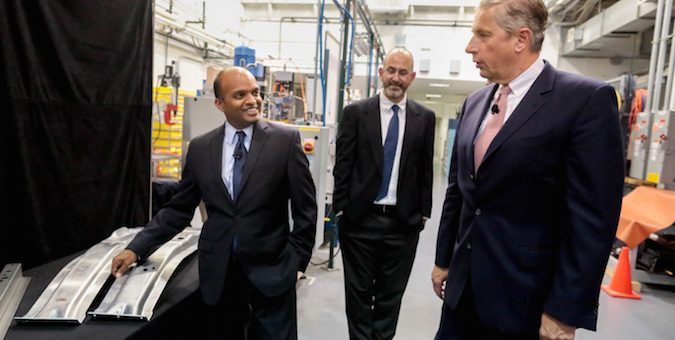 The use of aluminum in the 2015 Ford F-150 has been a hot topic ever since the vehicle’s release. Ford claims its aluminum F-150 is lighter and more durable than the steel bodied competition, while Chevy and Ram have been sticking to what they know – steel, and urging customers to do the same.

Ford’s now taking things a step further, though. The automaker has partnered with Alcoa to use its new Micromill advanced aluminum in the 2016 model year F-150, becoming the first company to use the automotive aluminum commercially.

Alcoa’s Micromill aluminum is 40 percent more formable than current automotive aluminums. This makes the material easier to mold into intricate shapes, such as on the inside panels of  doors and external fenders. The material is also stronger, allowing Ford to use thinner sheets of aluminum without putting the durability or dent resistance in jeopardy.