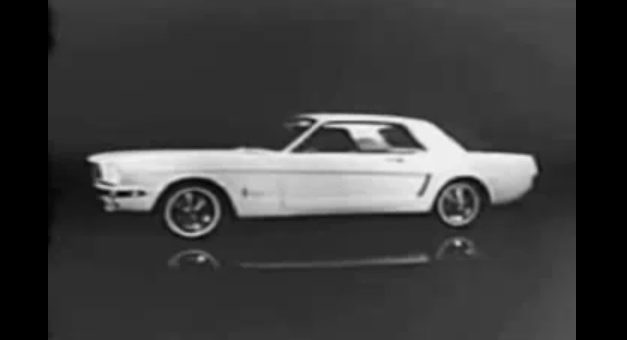 Today, the tagline “Imported from Detroit” is virtually inseparable from the Chrysler brand. But interestingly, while performing research for a new book entitled Once in a Great City: A Detroit Story, author David Maraniss discovered that the slogan almost belonged to a very different Detroit original: the 1964 Ford Mustang.

Automotive News reports that in the book, Maraniss describes how ad agency J. Walter Thompson proposed marketing the yet-unnamed Ford Mustang as a “brand new import… from Detroit… inspired by Italy’s great road cars, but straight from Detroit.” The pony car was originally to be called the “Torino,” after the city of Turin, Italy, but that name was instead pocketed until 1968, when it was applied to a different pony car model. The Ford Mustang’s original marketing angle, however, was retired altogether.

So why the last-minute switch-up? Maraniss writes that at the time of the original Ford Mustang’s product planning, Henry Ford II was undergoing a divorce, and had been linked romantically to Italian woman Cristina Vettore Austin. Ford Motor Company felt that the pony car’s original marketing strategy could have added more fuel to the fire, resulting in more bad press for both Henry Ford II, and the automaker.

Ford later married Christina Vettore, and the “Imported from Detroit” tagline was resurrected by Chrysler for an ad campaign beginning in 2011.