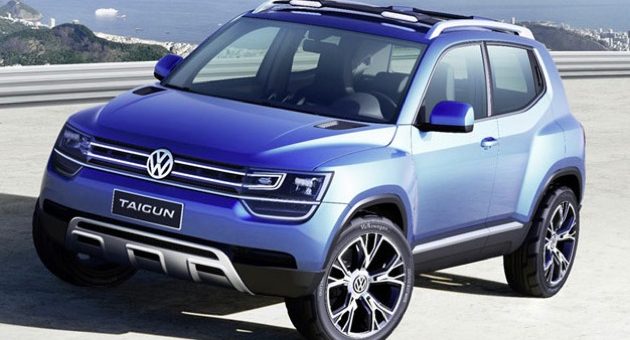 Having unveiled its Taigun concept at the 2012 Sao Paolo International Motor Show, Volkswagen is rumored to display the vehicle at the 2014 New Delhi Expo in February.

In a rare twist of irony, VW — which, ironically, has set lofty sales targets for itself to become the world’s largest automaker — was caught completely off guard when it comes to the the rapid growth of the subcompact CUV segment. But sources say that the feedback the Taigun concept receives in New Delhi will aid in the decision about its potential future as a production vehicle.

We find it extremely ironic that VW, the one that has been all gung-ho about becoming the world’s best-selling automaker, has been pretty much caught with its pants down and head in the sand when it comes to the subcompact (supermini) CUV vehicle segment — as it currently has absolutely nothing to offer customers looking for such a vehicle, and is only now beginning to develop one. Meanwhile, American rivals such as Ford and Chevrolet as well as the American-German combination of Buick-Opel have not only had the foresight to release a product years ago, but have also been selling them to high success.

Here’s to hoping that VW fills this void in its lineup with the right product at the right time… which was last year.