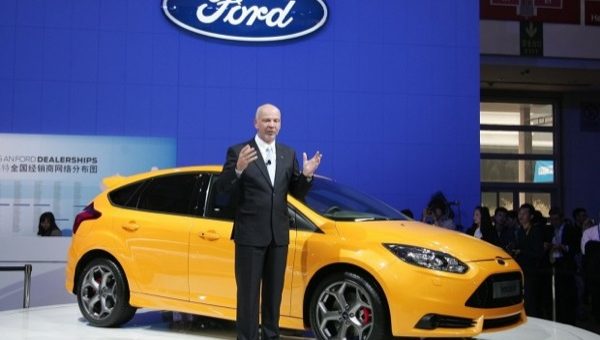 Ford Motor Company has announced the appointment of Nigel Harris to the position of Ford India President. Harris will replace Joginder Singh, who will repatriate to the United States as U.S. Director of Corporate Strategy.

As president, Harris will be based at Ford’s India corporate office in Gurgaon and report directly to David Schoch, president, Ford Asia Pacific. His responsibilities will include managing and growing Ford’s integrated manufacturing operation in India while leading product programs to serve customers in India as well as the growing export business. He will also oversee the implementation of Ford’s expansion plans in India through the automaker’s operations in Chennai and the upcoming second facility in Sanand, Gujarat.

“Nigel’s deep understanding of the Indian market will help the company build on its strong foundation and develop a robust product strategy to ensure long term profitable growth for the Company and a bright future for everyone associated with Ford in India”, said Dave Schoch.

Harris originally began his career at Ford in New Zealand in 1985 as a fleet sales analyst. He has since held various positions in Europe, Africa and Asia Pacific, being involved with Ford’s Indian operations by serving as the brand development manager for global B cars during Ford’s entry into the Indian market almost 15 years ago. This involvement remained in his previous role, where he oversaw sales, distribution and service for Asia Pacific, which includes India. 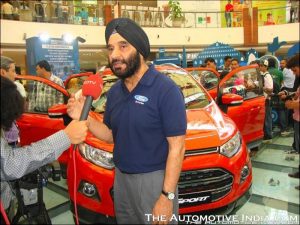 Meanwhile, the previous president of Ford India, Joginder Singh, will repatriate to the U.S and begin his new corporate role starting March 1, 2014.

In his 33 years with Ford, he has served in various roles, including those in  finance, treasury, strategy, and general management in Europe, United States, and Canada. Singh has been serving in India since 2008, where he played “an important role in the launch of the Ford EcoSport”, according to Ford.

Before serving as president and managing director of Ford India, Singh served as president and managing director of Ford Business Services Center, where he was responsible for Ford’s Global Business Services operations headquartered in Chennai, India. According to Ford, Singh accomplished “major structural cost efficiencies, expanded the business services portfolio substantially and launched new sites across Coimbatore and Gurgaon” while serving in the position.