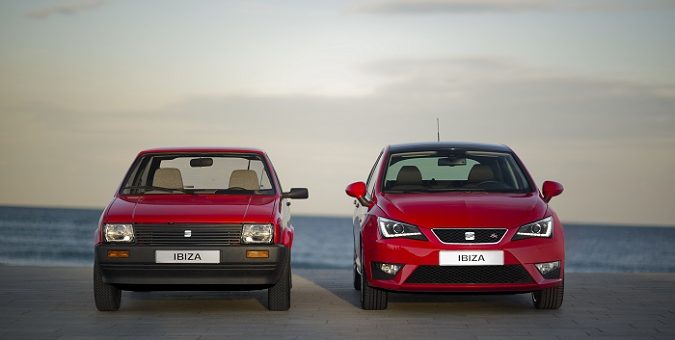 Seat provided a preview of the next-generation Ibizia supermini at an event held celebrating the 30th anniversary of the launch of the first ever Ibiza in 1984. The Ibiza, having sold more than five million units since its introduction, is Seat’s best-selling vehicle, and design boss Alejandro Mesonero says the styling will undergo a significant change in direction with the new car.

“The fifth-generation [Ibiza] is something I’m approaching with much excitement. For me the Ibiza is a car that has evolved with small-scale revolutions,” Mesonero told AutoExpress. “The new Ibiza will also have a revolution, a significant step forward. Why? Because the market demands it and it has to set itself apart from the Leon. The lines will change, but the spirit will stay the same.”

The styling of the new Ibiza was preview in design sketches shown at the event. The car will have a more dramatized  ‘X’ style motif on the front fascia over the current car, and will ditch the curved body lines on the side in favor of straight, horizontal lines.

As with other Volkswagen Group products such as the Audi A1 and Volkswagen Polo, the all-new Ibiza will ride on a shortened version of the automaker’s MQB platform. This will make the car lighter, which will improve both efficiency and performance and will allow the car to make better use of a new line of three and four-cylinder engines.