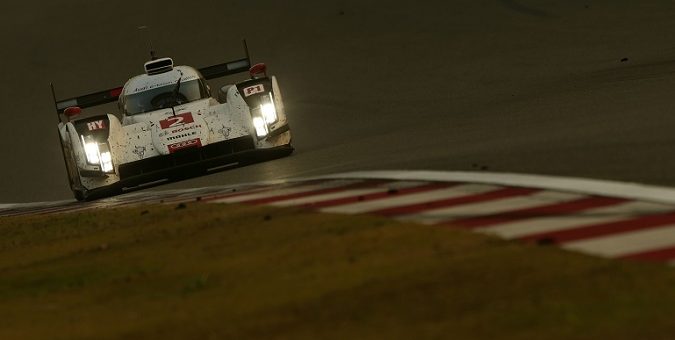 Rumors of Audi’s entry into Formula 1 have come into the spotlight once again in recent weeks, but brand boss Rupert Stadler put the hearsay to rest when speaking to Reuters on Monday.

Some thought the unexpected departure of VW Group chairman Ferdinand Piech, who reportedly didn’t get along with F1 supremo Bernie Ecclestone, would allow Audi to enter F1. The automaker has already proved its prowess in the second most competitive motorsports series in the world, the FIA’s World Endurance Championship, so a move up to open-wheel racing seemed possible. But that was before Audi confirmed it wasn’t interested in entering the world’s top tier racing series.

“This is not a topic for us,” an Audi spokesman said.

Red Bull team principle Helmut Marko recently stated they would leave the sport if Audi didn’t enter, as they are unhappy with the reliability of their current engine from supplier Renault. The Austrian said “if we don’t have a competitive engine in the near future, then either Audi is coming or we are out,” but denied the team had been in formal talks with the German automaker.

Stadler’s most recent quotes seem to confirm the automaker is not interested in partering with Red Bull or entering F1 at all.

“Formula One needs to solve its problems on its own,” Stadler said.

It seems likely Audi won’t be entering F1 in the near future, considering the executive shake-up within the company sparked by Piech’s departure. However when parent company VW Group is ready, we’d say it’s still very possible Audi could compete in the world’s top motorsports circuit.