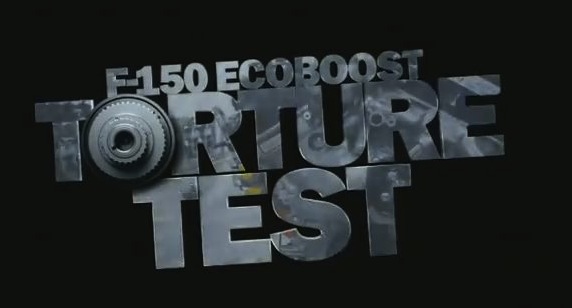 The final chapter of Ford’s EcoBoost Torture Test is complete. The 3.5L EcoBoost V6 used in the test was torn down and inspected for a crowd of people at the North American International Auto Show on Saturday.

Ford pulled a brand new 3.5L EcoBoost twin turbo V6 used in the F-150 from the Cleveland Engine plant for tests to prove that the new V6 can handle the work normally reserved for the likes of a V8 engine. The engine was put through many tests that included running in a dynamometer cell for 300 hours in varying temperatures, being sent off to Oregon to work as a log skidder, and being installed into an F-150 Raptor to compete in the Baja 1000. Any of those three events in and of themselves could viciously kill many an engine.

After the Baja run, the EcoBoost V6 was sent back to Ford’s engine lab for tests to see how the engine fared. The dyno reported the engine had 364 HP and 420 lb.-ft. of torque, a loss of only one pony. After the dyno test, the engine was sent to Cobo Hall for a full tear down, where two engine technicians proceeded to disassemble the powerplant while Jim Mazuchowski, Ford’s chief engineer for V6 engines, narrated.

Parts were set onto tables for engineers and the crowd to observe their condition. The final verdict was excellent: the engine stayed within the build specifications and could go for at least another 150,000 miles. All in all, this should do wonders in proving that a boosted V6 has its place in the pickup truck world.