Volkswagen: The People's Car For People Who Want To Get Away From People.™
Share

Despite its West Coast name, the Volkswagen California camper van has yet to venture across the pond to the United States. It’s a pity, because we’re sure the lifestyle vehicle would find a welcome home here.

According to the UK’s Auto Express, the new Volkswagen California is set for (European) release toward the end of 2015. It will come in three different trim levels – Beach, Coast, and Ocean – named after three of the less vulgar things Germans picture when they hear the name “California.” The base “Beach” trim level will feature seating for up to seven adults, while the “Coast” and “Ocean” trim levels lose two seats to a nifty kitchenette.

All three trim levels of the new Volkswagen California feature sleeping accommodations for up to five adults, a pop-up roof (manual for “Beach” and “Coast,” automated for “Ocean”), swivelling, foldable, removable chairs, and a foldout table with chairs integrated into the tailgate.

Of course, we have little reason to suspect that the new T6-based Volkswagen California would be sent to us over here in the states, but lord help us if we can’t daydream. 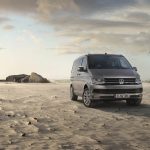 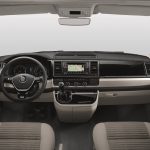 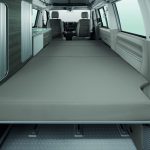 Volkswagen: Lie Down A Minute.™ 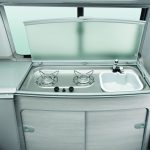 Volkswagen: There Is A Kitchen In It.™ 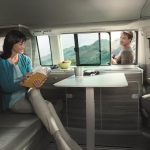 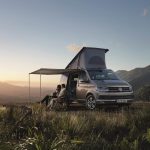 Volkswagen: The People’s Car For People Who Want To Get Away From People.™