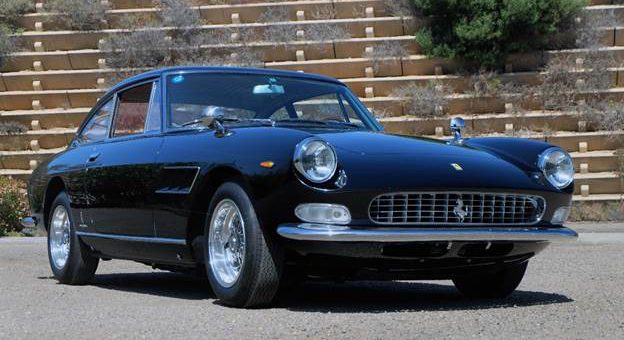 All vintage Ferraris are special, however if you’re a fan of celebrity car enthusiasts Jay Leno or Adam Carolla, this 1965 Ferrari 330 GT 2+2 set to be auctioned by Russo and Steele will be extra desirable in your eyes. The four-seat V12 grand tourer was formerly owned by radio host Carolla and was also featured on an episode of Jay Leno’s Garage, making it a bit more recognizable than your average 330 GT 2+2.

The 330 line of vehicles was introduced by Ferrari in 1963 and are considered to be the successors to the legendary 250 line of cars. The first 330 was the 330 America that was later replaced by the 330 GT 2+2, which unlike the 250 GT/E-based 330 America, rode on an entirely unique chassis. The Series II models featured an improved five-speed transmission rather than four-speed overdrive unit found in Series I cars along with dual headlights rather than a quad setup, alloy wheels, and optional air conditioning and power steering.

Carolla’s 330 GT 2+2 is one of just 455 examples built and according to Russo and Steele, is “by far one of the most well-known and recognized surviving examples.” Like all other 330 GT 2+2s, the car is powered by a Tipo 209 4.0-liter V12, which is connected to the aforementioned Series II five-speed manual transmission. This car is also fully documented, is ‘numbers matching’ and comes with a full mileage history.