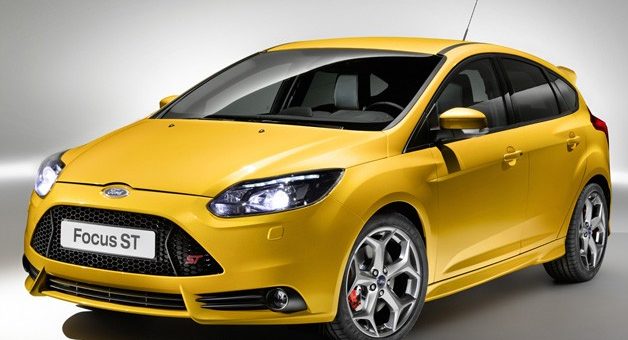 Besides being a fun-driving, good-looking, and smile-inducing compact performance hatch, the Focus ST — Ford’s first global performance car — is coming up on its first full year of being sold in the U.S., and preliminary results show that the vehicle is bringing younger, more affluent customers into Ford showrooms. What’s more, these customers often trade in vehicles from competing brands.

Through October of 2013, the Focus ST sold roughly 12,000 units since its launch. Demand for the compact performance hatchback is strongest in Detroit, Los Angeles, Houston, and Orlando. Out of those buyers, 65 percent traded in a non-Ford vehicle — the highest percentage of conquest sales for a non-hybrid vehicle among all Ford cars and trucks. The most traded-in brands, according to Ford, are Honda, Chevrolet, Mazda, and Toyota.

And as if that weren’t enough, the ST is delivering a halo-style effect on the rest of the lineup by helping increase sales of other Ford models. The hot hatch draws customers to showrooms, who sometimes end up buying a different Ford model — most often a Fusion sedan or Escape crossover — according to John Felice, vice president, U.S. Marketing, Sales and Service, who cited anecdotal evidence from dealers.

“It’s having the kind of halo effect for other vehicles we’d hoped for when we invested in the ST brand,” said Felice. “We continue to build through word-of-mouth and terrific reviews. As an affordable high-performance vehicle that can serve double duty as a daily driver, it has no equal.”

But The Blue Oval isn’t planning on sitting on its laurels in the performance segment. The automaker recently launched the Fiesta ST, the second global ST-branded vehicle in its lineup. The hotted-up subcompact is powered by Ford’s 1.6 liter EcoBoost engine good for 196 horsepower and an EPA-estimated highway fuel economy of 35 MPG.

While many automakers, auto executives, and marketers, for one reason or another, don’t believe this to be the case, the Focus ST is proof positive that mainstream performance vehicles are a force for good, not only in selling actual units, but also by attracting a different kind of customer to the brand who might even end up purchasing another vehicle from the lineup.