Audi has made it a point to label its all-new 2015 A3 sedan as “uncompromised”. If you read or listen closely to Audi’s ads promoting the A3, you’ll see/hear such phrases as “uncompromised car“, “uncompromised spirit”, and “uncompromised engineering”. While some might say that those can be flexible in meaning and interpretation, we find it rather interesting that the new A3 makes quite a few compromises at its core. 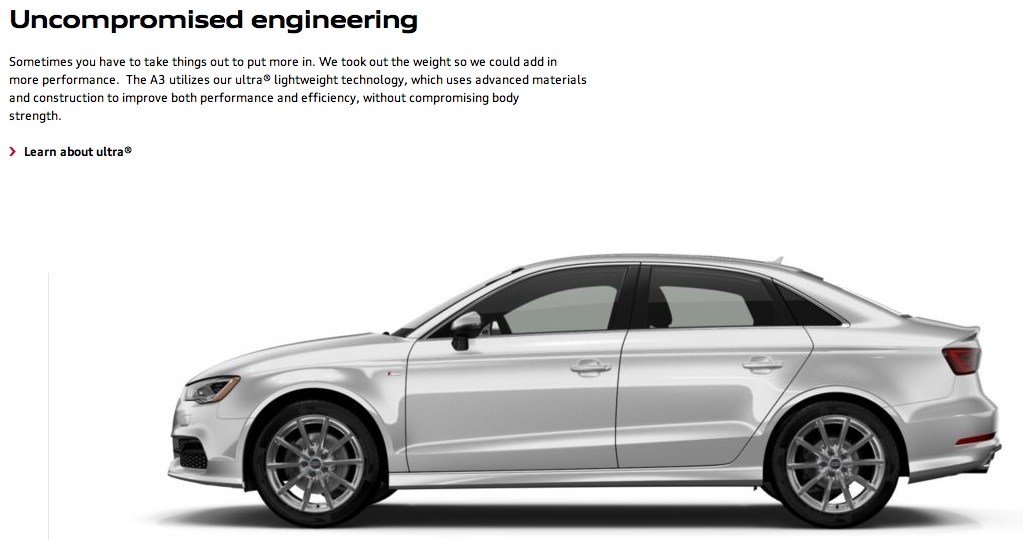 AudiUSA.com suggests that the new A3 was developed with “uncompromised engineering”

So, depending on how you look at it, the new A3 is not really “uncompromised”. None of that is to say that the vehicle is in any way worse than what it actually is. Heck, the A3 has more technology packed into it than many flagship luxury vehicles do today, while looking, driving, and feeling like an absolute charm of a car. Plus, the all-new 2015 Audi A3 Sedan seems to be taking buyers by storm: in its first full month on sale in the United States, Audi’s new entry-level sedan was responsible for an impressive 2,159 sales. But perhaps Audi could promote the new A3 as something else than “uncompromised”. That would be much more in line with the car’s root and general nature.