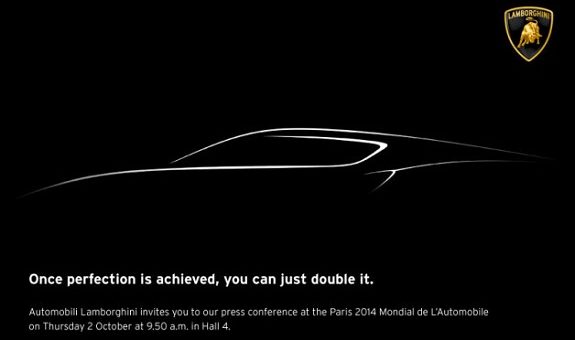 It appears as if Lamborghini has something exciting up its sleeve for the upcoming and highly anticipated Paris Motor Show. The Sant’Agata-based automaker released a teaser image showing the traced lines of a certain mystery Lambo against a black background yesterday, stirring up excitement in supercar lovers the world over.

The teaser featured the quote “once perfection is achieved, you can just double it,” which could mean any number of things. The sketch provided appears to resemble a longer car than other Lamborghinis and also looks to have a fastback-style roof. Going off the “double it” claim, we’re going to assume this is either a four-door car, or a four-seater in a 2+2 type configuration.

Whatever it is, we’ll have to wait until the car’s secret unveil ahead of the Paris Motor Show on October 2 to find out forsure.