Whether you’re a Bentley enthusiast, Bentley owner, or simply have lots of coin, few winter events can match the slip-sliding fun of the British automaker’s Power on Ice event.

Every year, Bentley invites guests to drop anywhere from $12,000 to $15,000 to tag along for a four-day event on the lakes of Northern Finland, on the edge of the Arctic Circle. And the 2015 Bentley Power on Ice Event, in February, was arguably one of the best ones yet. Guests could slide around a variety of vehicles including the Continental, Flying Spur, the Mulsanne Speed, and even the brand new, 626 horsepower Continental GT3-R.

The wealthy patrons were also joined by two winners of the Care2Save charity competition, a fund designed to improve excellence in hospice and palliative care around the world. Bentley reserved two spaces for the 2015 Power on Ice for two of the charity’s winners, which raised over £11,000.

The 2015 event was attended by a record 200 enthusiasts, and Bentley commissioned four-time WRC champ and rally legend Juha Kankkunen to design the tracks. The Finnish rally driver (aren’t they all Fins?) won 23 world rallies and is still the only driver ever to win 3 world championships with three separate manufacturers. And he retired in 2002.

“Getting behind the wheel of a Bentley on a frozen lake in Finland was truly exhilarating,” said Ian Bradley, one of the winners of the competition. “The opportunity to passenger with Juha Kankkunen, while enjoying luxurious hospitality, contributed to what was a once in a lifetime experience…”

Sounds like a great way to blow 15k to us. 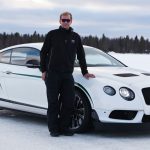 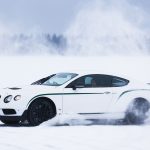 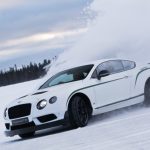 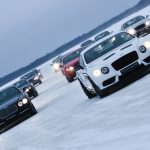 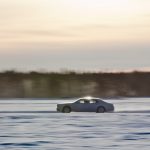 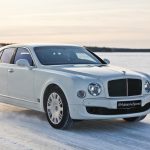 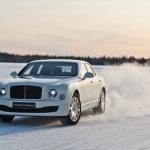 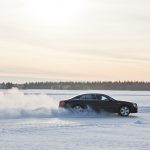 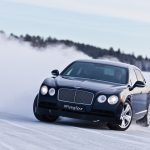