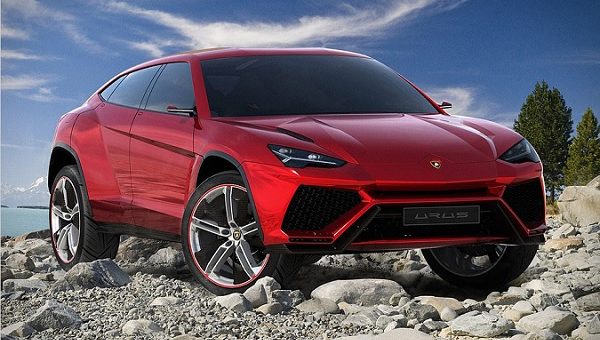 We’ve been waiting excitedly in the wings for an Italian luxury SUV ever since the Lamborghini Urus first debuted at the 2012 Beijing Auto Show. Finally, we get to announce to you with certainty that a Lamborghini SUV has officially been announced for future production at the Italian marque’s Sant’Agata Bolognese factory.

Whether the SUV in-question will actually end up wearing the Lamborghini Urus name is unknown, but also rather inconsequential. A press release from Audi reveals that the SUV will be produced in annual numbers totalling 3,000 units, enough to double the marque’s yearly sales. The footprint of Lamborghini’s Sant’Agata Bolognese plant will nearly double as well, to over 1.6 million square-feet, and the automaker plans to hire 500 additional employees.

Coaxing Audi toward actually greenlighting the Lamborghini Urus SUV for production required some concessions; the Italian government agreed to kick-in a reported 100 million Euros for the project, or about $111 million US. Of course, that will cover only a portion of the hundreds of millions which will be poured into Lamborghini Urus production over the next several years, with the SUV not expected to arrive on the market until sometime in 2018.

Automobili Lamborghini President and CEO Stephan Winkelmann stated: “This is a proud moment for everybody in Lamborghini. The introduction of a third model line endorses the stable and sustainable growth of the company and signifies for us the beginning of a new era.

“The new SUV will be made in Sant’Agata Bolognese, demonstrating our commitment to safeguarding the values of ‘Made in Italy’ worldwide.”