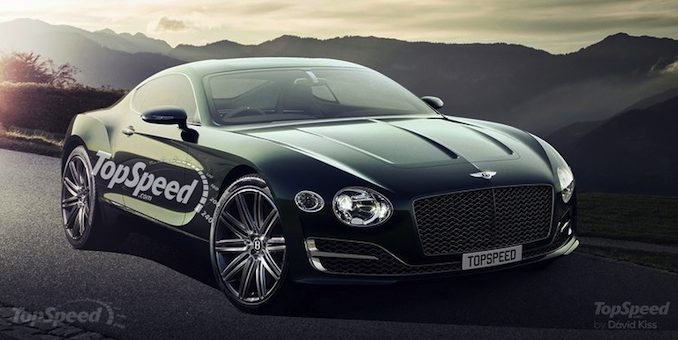 The Bentley Continental GT has been around in one form or another since 2003, and even though various updates have managed to keep the car competitive, it will eventually need to be replaced. Top Speed thinks they know what a next-gen Bentley grand tourer may look like, and if you’re a fan of the luxury automaker’s 2015 EXP 10 Speed 6 Concept from the 2015 Geneva Motor Show, you’ll like what they’ve drawn up.

Bentley’s EXP 10 Speed 6 quite clearly hints at what we can expect from the third-generation of the Continental. The model has a similar window line to the Continental GT and its restyled front end is also a sign of how some Bentleys yet-to-come will look. That makes the two-seater sports car the perfect inspiration for a rendering of the four-seat 2018 Continental.

Top Speed’s rendering looks an awful lot like the EXP 10 Speed 6 at a first glance. The only thing they’ve had to do to turn the car into what their vision of the 2018 Continental may look like is grow it in size a bit and make some revisions to the side bodylines. We have a feeling the render won’t be too far off from the real thing, but we may have to wait until early or mid-2017 to know for sure.