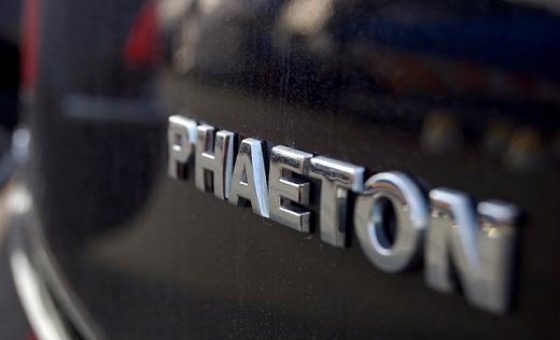 The Volkswagen Phaeton was axed from North American markets way back in 2006,but surprisingly, the full-size sedan has lived on in Asian markets, no doubt thanks to the continent’s affinity for large luxury cars. The Phaeton has been gone for so long it’s faded from most North Americans’ memory, but according to a new report from AutoExpress, it may be poised for a return.

VW design boss Klaus Bishoff told AE on the floor of the 2015 Shanghai Motor Show the Phaeton nameplate will return for the 2017 model year. While the model was pulled from North America primarily due to slow sales, it was taken from the UK and other European markets due to the more strict Euro 6 emissions standards. As a result, we can expect the next-gen phaeton to be much lighter than the current car with small four-cylinder engines on offer. AE says it will also be larger.

At this point, it’s too early to say what the new Phaeton will be all about. Gasoline and hybrid versions will probably be on offer, with diesels making up the majority of the sales in Europe. As for the legendary W12 engine employed in the last generation of the car, we can’t see it making a return, but maybe we’ll be pleasantly surprised.