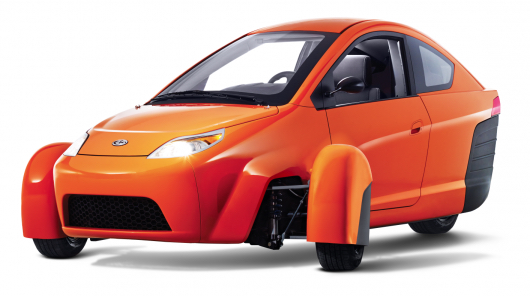 Elio Motors, the startup automaker that plans to bring a cheap and extremely fuel-efficient vehicle to market by 2016, has raised more than $16 million through a crowd funding campaign. The company opened up their crowd funding campaign on June 19 and has since averaged nearly $1 million in expressed non-binding interest each day, making the possibility of production for its three-wheeled enclosed car that much closer.

“We’re always looking for new ways to do things and crowdfunding is certainly the wave of the future for entrepreneurs, start-up organizations and investors,” Paul Elio, founder and CEO of Elio Motors, said in a prepared statement. “With so many people expressing interest in our vehicle and our company, it shows we are on the right track – both in how we have developed and marketed this vehicle and also in how we are raising the capital needed to continue our march toward production.”

The funds, which were raised by interested customers who paid to reserve a car from the automaker, will be used to build 25 prototype ‘P5’ models for testing and validation. The model will have an in-house built 0.9-liter three-cylinder engine and an Aisin-sourced transmission when it reaches production.