One of the more surprising participants in the “Vision Gran Turismo” project for the Playstation’s GT6 racing sim is Bugatti. That such a tremendous, untouchable marque should decide to draft a virtual concept car for the video game was rather unexpected – at least by us.

Nonetheless, a Bugatti Vision GT concept was teased just last month with a very puzzling, cryptic image of an unidentified car part. Now, we finally know what it is, as Bugatti has pulled the wraps off of its Vision Gran Turismo virtual concept, allowing us to see the design in-full.

The Bugatti Vision GT’s familial relation to the Veyron is readily evident, but there’s positively no mistaking the two. Air vents abound just about everywhere, from the front and rear fenders, to the rear engine cover – which, it is now evident, is what was shown in Bugatti’s recent teaser image. A massive rear wing sits atop the rear of the car, while up front, a pair of piercing, angry-looking headlamps adorn the concept’s face.

Inside, the Bugatti Vision GT has a sublimely simple cockpit design, featuring something similar to Audi’s virtual cockpit dash, and not much else.

If all this isn’t quite enough for you, fear not; Bugatti has actually constructed a real-life version of this Bugatti Vision GT concept, which will show at this year’s Frankfurt Motor Show. Furthermore, the folks at Bugatti had previously stated that their entrant to the Vision GT program wouldn’t so much be a far-off, unfathomable daydream of a concept, but one which could conceivably exist in the near-future, and would show off the future of the marque’s design language.

So is this Bugatti Vision GT concept a thinly-veiled preview of things to-come when the Chiron finally breaks cover? We’ll find out soon enough. 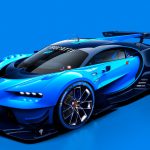 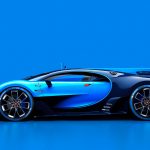 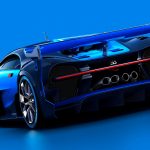 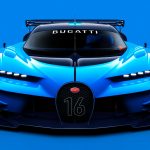 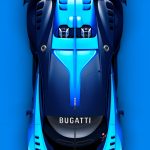 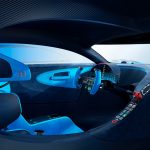