Volkswagen AG has filed a trademark application to register the term Amarok with the United States Patent and Trademark Office (USPTO), Motrolix has discovered.

Filed on November 22nd, 2017, the filing is assigned serial number 87694480 and states that the term will be used in conjunction with the following goods and services categories: 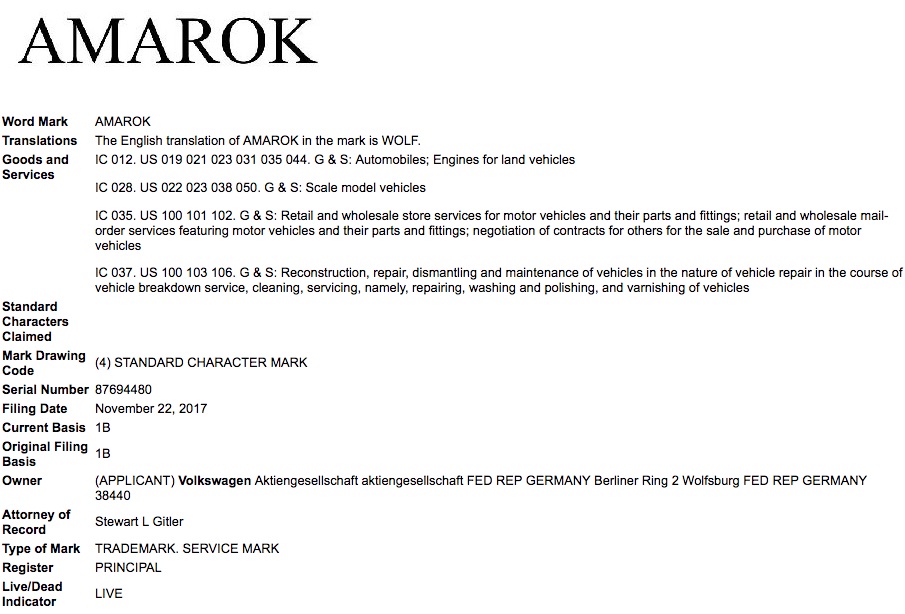 This trademark filing is interesting for all kinds of reasons. For starters, the Volkswagen Amarok is a midsize Volkswagen pickup truck that’s available in nearly all markets except North America. As such, this trademark filing would suggest that VW is planning to introduce the Amarok, which means Wolf in the Inuit language, in North America to battle other midsize pickups such as GM’s Chevrolet Colorado and GMC Canyon, Toyota Tacoma, Nissan Frontier, and the upcoming Ford Ranger. 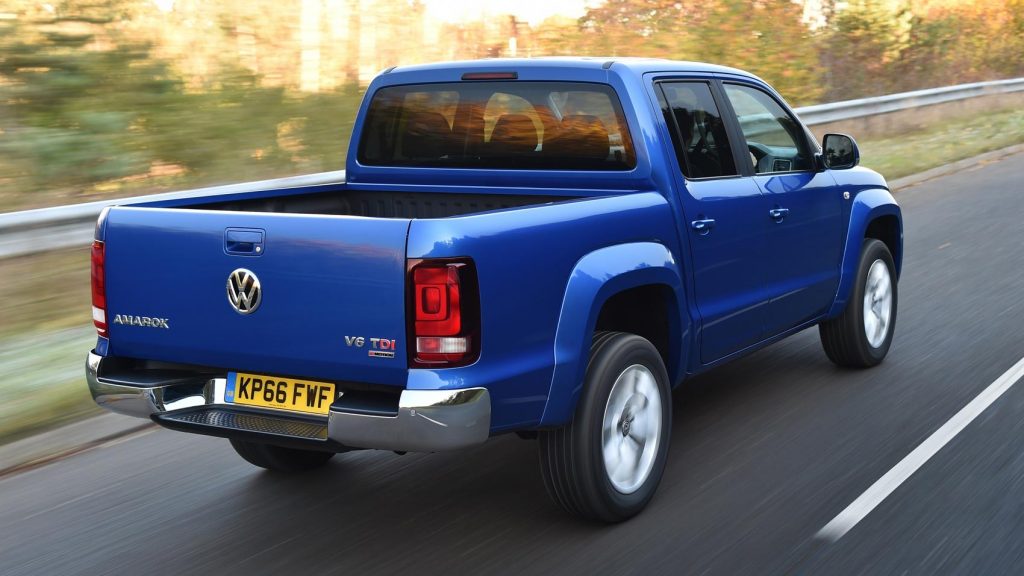 But here’s the kicker: VW executives have previously gone on record in saying that the German automaker has no plans to bring the Amarok to the U.S., a market in which it’s focused on introducing all kinds of crossovers – such as the all-new Tiguan and Atlas. This filing tells us one of two things: either VW’s plans have changed and it is planning on introducing the Amarok in North America after all, or it is simply securing rights to the mark with the USPTO.

One last note: this isn’t the first time that VW has moved to trademark Amarok with the USPTO. It has applied for the trademark in May 2014 and in May 2007. While the 2007 filing is “dead”, the May 2014 filing is still alive… but VW has yet to provide the USPTO with a Statement of Use – a legal document that shows the office that the applicant (in this case Volkswagen) will use the mark in a real-world product or service.