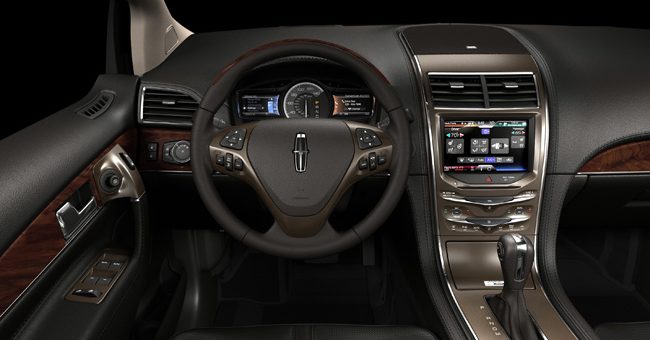 Ford’s MyFordTouch and MyLincolnTouch telematics/infotainment units have been on the receiving end of a few high-profile critics who have panned the systems for being difficult to use. For example, Consumer Reports removed its recommendation for the Ford Edge and Lincoln MKX due to its belief that the MyTouch system is a driving distraction that doesn’t perform as advertised. Other reviews also point out that the system is overly complicated to use, specifically the layout of buttons and the response of the touch screen. But Ford isn’t about to take the bad press lying down.

“We need to do more training with journalists,” said C.J. O’Donnell, group marketing manager for Lincoln. He said customers are happy with the MyTouch system and dealers spend 30 or more minutes explaining how to use the features to new owners. Dealers also welcome new owners to come back if they have questions about the system or its features.

This seems like a relatively simple case of automotive journalists being overly behind the tech curve, because if there is a problem — we don’t see it. Sure, SYNC/MyTouch could be a bit daunting for someone who has never used a computer or cell phone before. But for those who are the least computer-savvy, we don’t see SYNC being much of a problem.

It’s a known fact that — upon taking delivery of a review vehicle — automotive journalists and reviewers don’t have the luxury of sitting down with a trained Ford representative or dealer who would explain the way SYNC works. Now, while some would suggest sending a Ford rep to go over the system’s features, we would recommend a brief instructional video delivered to journalists and/or end-users online, on a CD/DVD, or via a USB stick. Watching such a training video could even be made a prerequisite for auto journos. What do you think? Good idea?