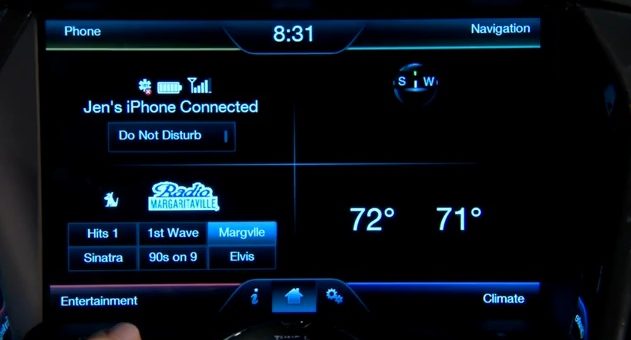 Earlier this month, Ford announced significant updates to its MyFord Touch infotainment system. The updated system is standard on the all-new 2013 Ford Escape and will be available as a free do-it-yourself update for existing owners of equipped Ford and Lincoln vehicles. To give an overview of the included updates, Ford released the following short video starring User Interface Design Engineer Jennifer Brace.

In short, the system is now simpler, faster, and easier to use, with an upgraded home screen, larger and bolder fonts & icons, as well as the more prominent nature of the most important and commonly used controls.

In the video below, Jennifer demonstrates the various updates made to the MyFord Touch home screen as well as the four secondary screens, including Phone, Navigation, Climate, and Entertainment.

We’ve said it before and we’ll say it again: even before the recently-announced updates, MyFord Touch/MyLincoln Touch was the best infotainment system on the market… by far. Sure, there were a few outspoken critics who experienced a glitch here and there; in reality, all they really needed to do was to reset the system and everything would work as advertised.

With this update, Ford has really improved the user interface of the system, with very welcomed updates — even from us. Let’s hope it will silence all the publicity-seeking critics the world over.