Much to the exultation of wagon lovers, Volkswagen is currently in the process of launching its all-new 2015 Golf SportWagen in the United States. Based on the all-new MQB vehicle architecture and packed with modern technology, efficient powertrains (even an optional diesel TDI), and tons of room, the compact wagon joins the well-received seventh-generation Golf lineup at the palatable starting price of $21,395. And in the U.S., the Golf SportWagen is the only vehicle in its segment. But does it have to be?

In asking that, we’re specifically thinking of the Ford Focus Tourer, Ford speak for “wagon”. That’s because Ford has a wagon variant of the Focus that it sells in Europe and various other markets around the world. Given the launch of the Golf SportWagen, we’ve been wondering why Ford bring the Focus Wagon to the America. 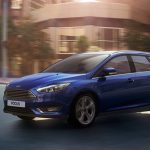 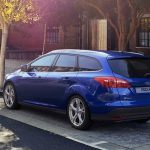 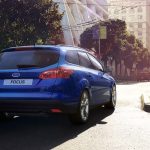 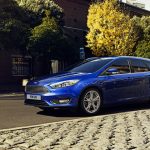 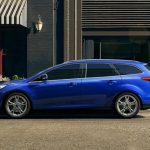 Riddle us this: why should VW have the American mainstream compact wagon market all to itself? In short, it shouldn’t. And given Ford’s desire to compete with Volkswagen in nearly every other niche segment such as performance hatchbacks (Focus ST), we can see The Blue Oval resurrecting the Focus Wagon in the U.S. After all, Ford did offer a Focus Wagon in the U.S. during the first generation.

Add to that the fact that the Focus Wagon for the current, third—generation Focus has already been developed, and all that’s left is to put it into production at Ford’s plant in Wayne, Michigan, which builds the Focus sedan and five-door hatch for the U.S. market.

The only argument against bringing a Focus Wagon to the states is the sad, but true fact that the compact mainstream wagon segment is very, very small in America. Volkswagen, for instance, only sold 19,519 units of the Jetta SportWagen — the predecessor of the Golf SportWagen — during all of 2014, which averages out to roughly 1,700 units a month. Suffice to say, that is a very low sales volume that makes it challenging to turn a profit for some automakers.

But we should note the following: first, the Jetta SportWagen was not only more expensive than its successor, but it was also not readily available at VW dealers for consumers to purchase during most of the latter half of 2014. As such, it was limited in sales potential from the get-go and shouldn’t be used as an accurate barometer of the segment. In other words, we expect the more affordable and better Golf SportWagen to be a significantly better seller than its Jetta-badged predecessor. And second, if the teensy (in America) VW sees a market for a compact wagon in the country, then Ford should as well. Given The Blue Oval’s significantly larger dealer network, mind share, and general popularity in the country, Ford should truly be able to sell twice as many Focus Wagons as VW sells Golf SportWagens.

As such, we don’t see why Ford wouldn’t be able to have a vehicle in the mainstream compact wagon segment. Do you? Talk to us in the comments. 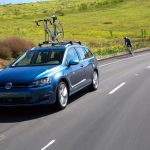 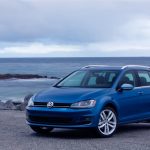 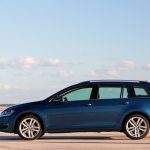 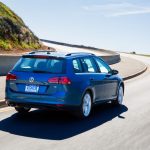 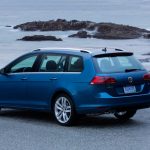