This year marked the 60th anniversary of Renault’s storied “Alpine” brand of performance sportscars and race cars, and you know how sentimental the French get. As we previously reported, at this year’s 24 Hours of Le Mans, the automaker unveiled a new Renault Alpine “Celebration” concept.

Well, any uncertainty we’d had regarding such a car ever entering production has dissipated some, with automotive news outlet Motor Authority sharing alleged patent drawings of an altered, production-friendly version of the Renault Alpine Celebration concept.

Citing French outlet L’Automobile, Motor Authority reports that the Renault Alpine patent drawings were submitted well before the public unveiling of the Celebration concept – in December, 2014. The car was originally being developed alongside a counterpart from the UK’s Caterham, but the two projects have since parted ways.

Little is known about the Renault Alpine mystery car, nor the Celebration concept which shares its basic design. It’s anticipated that the production car will possess a mid-engined layout, with a turbocharged four-cylinder powering the rear wheels. Motor Authority anticipates output to exceed 250 HP, and for the new Renault Alpine to possibly wear the name “AS1,” but these are very speculative predictions.

Unfortunately, we don’t even know when the car would make its public debut and answer some or all of those questions, but the Renault Alpine Celebration concept will be making another appearance, at the Goodwood Festival of Speed later this week. 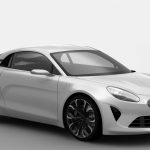 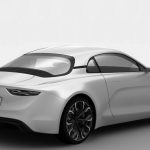 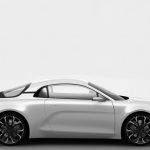 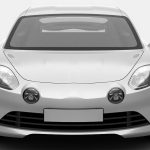 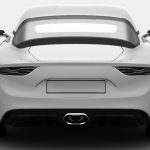 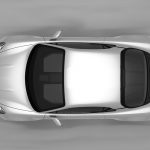