Somewhere out there right now is a man driving a Plain Jane, factory Rolls-Royce Phantom, thinking to himself: “Oh, no. Am I the only one left who’s bought a non-exclusive, ‘normal’ Rolls-Royce?”

By our calculations, he probably is. But this man can take solace in the fact that at least he hasn’t bought himself this: the Rolls-Royce Phantom “Nautica” exclusive, bespoke, one-off luxury sedan.

The Rolls-Royce Phantom Nautica was inspired by the pursuit of yachting, and it features a recurring anchor motif, displayed prominently on the front-quarter panels and dashboard cover. It’s painted in a two-tone scheme, made up of “Arabian Blue” on the bonnet, roof, C-pillars and decklid, and “Orchid White” everywhere else. A hand-painted “coach line” along the sides of the car injects another, faint echo of that exotic-sounding blue shade.

If that’s not quite enough yachtiness to beat you over the head, there is a drawer within the dashboard which carries an exclusive, golden compass. Legend has it that it houses the soul of the late pirate Blackbeard, and that should you make the mistake of trying to use it for navigation, it will lead you straight out into the middle of the ocean, to the final resting place of his mischevious, murderin’ bones.

Inside the Rolls-Royce Phantom Nautica, “Forest Fall” leather covers the seats, some of the doorskins, and parts of the dashboard. And, as a matter of course, there’s plenty of gorgeous wood trim pieces. Some hints of Navy Blue round out the car’s boating-themed appointments.

The Rolls-Royce Phantom Nautica is just the latest in a long list of special edition Series II sedans from the BMW-owned, British luxury automaker. Chances are, it will be scooped-up right quick by some genteel boat nerd. 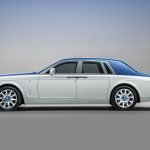 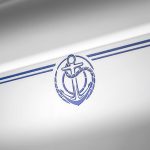 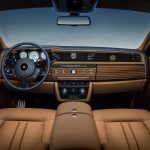 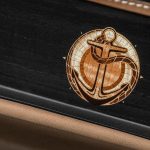 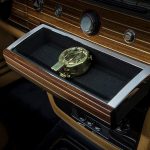 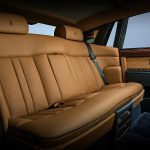